The K-pop group BTS is currently one of the buzziest musical acts, with a fan “ARMY” of millions. As it turns out, some of those fans are stars themselves. And with BTS now presenting an award at the 2019 Grammys, they’ll be rubbing shoulders with even more of their celebrity supporters. The seating chart for music’s biggest night appears to tease it: they’ll be seated right in the center of things, next to Camila Cabello and just behind Miley Cyrus, Dolly Parton and Chris Stapleton.

Here’s a rundown of a number of the famous faces who have already shown their admiration for BTS, from talk show hosts like Jimmy Fallon to fellow pop stars like Shawn Mendes and Camila Cabello.

After meeting the boys of BTS backstage at the American Music Awards in 2017, the group and Shawn Mendes — himself a global megastar — discussed putting together a collaboration while on camera. In summer 2018, Mendes shared with media outlets that the desired music was still in the works. “I can’t give you a date because we haven’t hung out and wrote a song yet, but it will happen,” he told The Roz & Mocha Show, “’cause I love them and… their fans too.”

Popular DJ Steve Aoki is known for his dance music hits, working with artists like Kid Cudi, Louis Tomlinson and blink-182 and playing for festivals and nightclubs around the world. He started working with BTS by remixing their songs “Mic Drop” and “The Truth Untold.” But it’s his latest collaboration with BTS, “Waste It On Me,” that’s broken records recently.

Sign up to receive the top stories you need to know right now. View Sample
SIGN UP NOW

Tyra Banks and BTS first met on the Billboard Music Awards red carpet in May 2018, posing for a group “smize” that Banks shared on her social media, to many fans’ appreciation. Then BTS paid a visit to the set of the TV show America’s Got Talent in September 2018, where Banks is a host, dancing to their song “Idol” for the show. Banks had only positive things to say about her interactions with the Korean stars, and it seems the affection was mutual: Banks tweeted that RM said he was a fan of Tyra’s own show as well.

Fun Fact: Moments before this, RM told me he was a fan of The Tyra Show, so he got extra hugs!!

While in the U.S. during the fall of 2017, BTS stopped by James Corden’s Late Late Show, playing a high-energy game of Flinch with the host, to the audience’s delight. Corden clearly enjoyed the experience: nearly a year later, the group made a repeat appearance to perform one of their new songs. Just a few months after that, Corden tweeted that he wanted to get BTS involved in his show again — and maybe even appear on an episode of his famous segment Carpool Karaoke. (Although they might need a stretch limo to fit all seven members into one car.)

I want @BTS_twt to come on my show and perform serendipity so bad! Maybe we could even sing it in a #CarpoolKaraoke ?

125K people are talking about this

Another late-night host that BTS won over, Jimmy Fallon joined the boys in a dance rehearsal, going head-to-head with the stage veterans to test their moves for the viral “Fortnite Dance Challenge.” He also got them to appear on his show, interviewing them and giving them a performance slot.

Ellen DeGeneres was one of the first American talk show hosts to nab BTS as guests, putting them on air in November 2017 to make their daytime TV debut. She brought them back in 2018, too, for a segment that involved one of her very scary pranksa that gave the singers quite a fright. 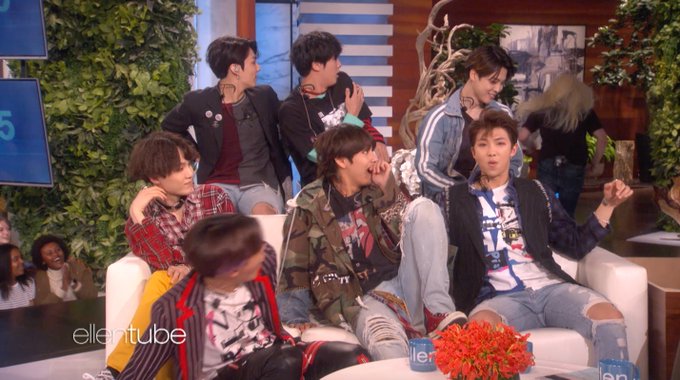 I scared the S out of BTS. @BTS_twt #BTSxEllen

Charlie Puth and BTS have a shared history of mutual admiration, starting way back in 2015 when the BTS Twitter account began sending shout-outs to Puth and his music, including uploading a cover of “We Don’t Talk Anymore” sung by Jung Kook. Puth then began interacting with BTS on social media, saying he “really liked” their music in 2017. There was some further back and forth until, in fall 2018, they finally united onstage for a medley performance of Puth’s songs at the inaugural MGA Awards in South Korea. 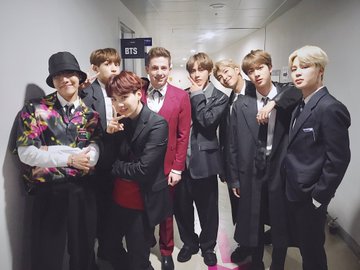 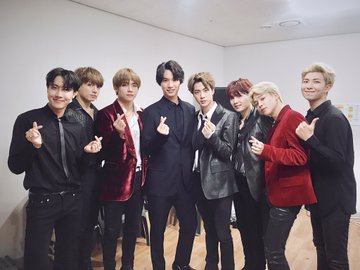 This was fun. Thank you

73.2K people are talking about this

Halsey showed that her relationship with BTS goes beyond red carpet photo ops when she delivered the boys a gift of churros (they responded by giving her Korean candy). The interaction came a few days after the Billboard Music Awards, where she also showed her support for the group’s Top Social Artist win on social media. 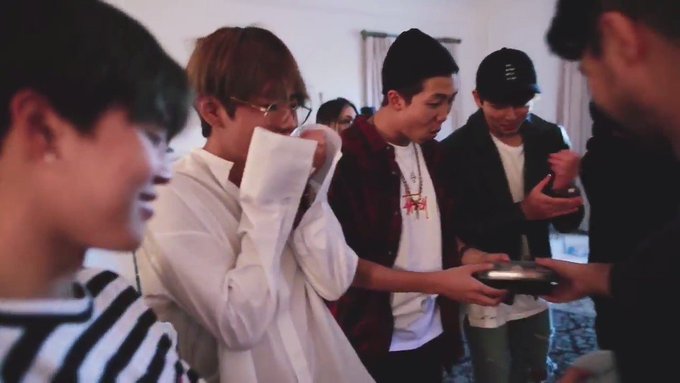 Pop star Charli XCX — who’s known for collaborating with a diverse range of artists in her work — clearly enjoyed her experience hanging out with the group in 2017, tweeting her fandom after meeting them while she was in South Korea performing at a music festival there. 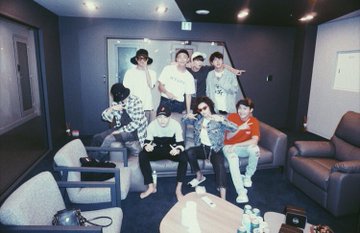 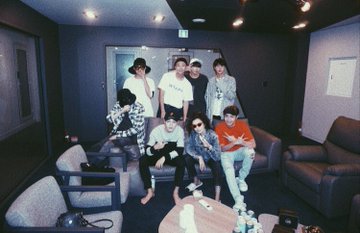 first day as the newest member of @BTS_twt. love u guys

When wrestler and actor John Cena first discovered the music of BTS, he told Entertainment Tonight, it “hit me by storm,” even joking that he was petitioning to be their bodyguard as he had work nearby in China.

I’ve had a little trouble keeping up lately but does @BTS_twt @bts_bighit need a bodyguard? Crazy because I’ve been touring with them for years, they just can’t see me. #GotYourSix

109K people are talking about this

Baby Driver star Ansel Elgort wasn’t afraid to show his fandom of BTS from early on, even making a photo of member V the main photo on his Twitter account at one point in fall 2018. But he has a history of real-life interactions with the guys of BTS, too, starting with their 2017 Billboard Music Awards meeting, attending performances and hanging out together. And beyond that, they make a regular appearance on his social media feed. 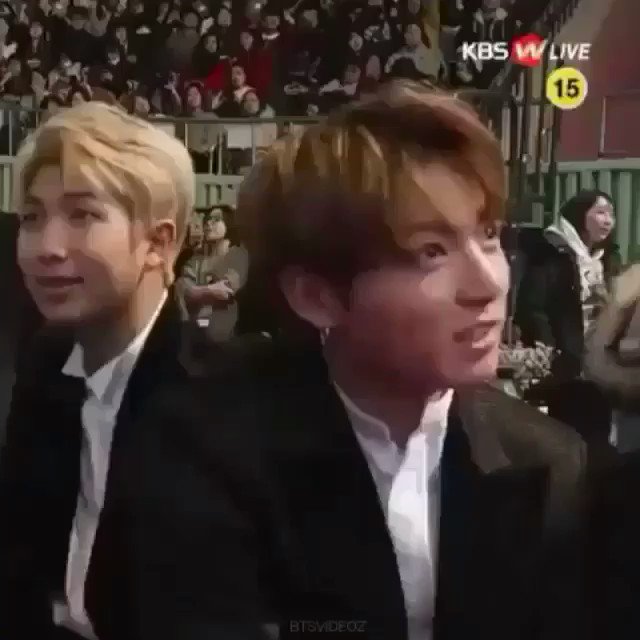 “Havana” singer Camila Cabello is another pop star who has tipped her hat to BTS, sharing in an interview with Teen Vogue her respect for the group. “I think they’re super talented and cool,” she said. “They put a lot of work into their choreography and into their performance. And you can tell that they really work hard, and I respect that a lot.” She and the group grabbed a photo together when they were on the same red carpet at the American Music Awards. And since she’ll be seated next to BTS at the 2019 Grammys, there should be plenty of opportunities for them to solidify a friendship.